David Gornoski sits down with Geoff Shepard, author of The Nixon Conspiracy and The Real Watergate Scandal, for a conversation on how President Richard Nixon was scapegoated by the deep state. Why was Nixon scapegoated? Why were key documents regarding Watergate sealed till 2014? Are movies like “Frost/Nixon” accurate in their portrayal of the Watergate scandal? Is a political scapegoating like that of Nixon possible in our time? Listen to the full interview to find out and more. 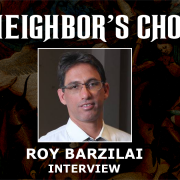 Is Loss of Testosterone at the Heart of our Health and Cultural Crises?

Is Olive Oil Good For You?