In ancient societies, people would collectively vent their anger and frustration within a fixed time on the calendar, and they would unleash their violence as a collective on a single victim in the form of sacrifice. These times are what we know today as carnivals; the subject is addressed at length by David Gornoski and Justin Murphy in their discussion together.

The 2013 movie The Purge brings back ancient carnivals in the form of a dystopian thriller. In the film’s narrative, we are told that the government, in full consent with its citizens, has set aside an annual day for unchecked murder on the streets; anyone and everyone may be targeted. The result of this purging, we are told, is that “the United States has become virtually crime-free and the unemployment rate has dropped to 1%.”

The introductory text containing the statistics of low crime and low unemployment is a strong rebuttal to empiricists who argue that the world is getting better. Do these champions of the Enlightenment include the numbers of non-violent victims thrown into prison and the violence they suffer there? Do the empiricists count in their statistics the number of fetuses being aborted every year? If they did, a pandora’s box would be opened on their very presuppositions.

To the movie’s premise, one might ask: how can an enlightened and secular society adhere to such a barbaric norm? A casual response would be that the premise is just that of a movie and not to be taken seriously. But what any serious anthropologist must consider is that humanity still adheres to the ancient rule of the carnival; and it does so in the form of sporadic riots and revolutions; only the religiosity has been dressed over with fractured socio-political ideologies.

The Purge is told from the perspective of a white, privileged family that enjoys a life of security and relative prosperity. The father is under the illusion that his high-tech security barricades will protect his family during the 24 hours of carnage. He assures his wife, son, and daughter that they are safe under the “lockdown.” The family is also, quite clearly, under the allure of the purge’s secular mythology: they, like other families, believe that the purge is necessary for cleansing its participants of their violent nature.

In a strange sense, the movie combines, almost prophetically, the pandemic lockdowns and the violent civil unrest in American society into a single narrative. The proponents of the lockdown believe that their advocacy is for the good of society. According to them, a disease is spreading and killing people outside, so it is only logical to let the disease take its course and protect one’s own life. In short, it is common sense to confine yourself and let others rot outside.

Another unwitting giveaway by the filmmakers is that mass, uncontrolled violence is often initiated and backed by an institutional and authoritative entity.  One does not need to look further than recent history for examples. We can see elite-funded revolutions in Egypt, Serbia, and Syria among others. These examples point to the reality that mass violence is often utilized as a ritual of dethronement and enthronement—the ultimate sacrifice—while using average human beings as the pawns—local sacrifices.

The movie’s purging ritual is abruptly disrupted by the youngest child—the son—in the protagonist’s family. The son is visibly disturbed at seeing the killing outside of his home; he sees a wounded black man on the street crying out for help as he is chased by a masked group of elites. The wounded man is one of society’s marginalized and his depiction of being hunted is the director’s subtle way of portraying the racist undertones of American societal violence. We will, however, come to a different conclusion which is contrary to the “Woke” ideology of the filmmakers.

The child lets the man into his family’s house but the masked elites discover where their prey has taken refuge. As a result of an ultimatum presented by the masked antagonists, a conflict breaks out within the family. The son wants to help the wounded man but the father binds the man and prepares to turn him over to the mob waiting outside. In the chase and struggle, the man is revealed to be a military veteran. The father, upon hearing his wife’s pleas and seeing the dog tags hanging from the man’s neck, is no longer convicted of making the sacrifice for his family.

The military veteran in American society holds enormous sacralizing power. The veteran, whether he be a high-ranking politician or a homeless drifter, is an unconscious symbol of state religiosity. Neither the Democrat nor Republican side of the political system would ever dare go against this symbol; to do so would be Trump-like in its sacrilege. Unbeknownst to many people, the military veteran, just like the black person, in American society is a secular Christ-figure—one that is fading away as the Calvary event takes an increasingly firmer hold of culture.

How do we see the victim of the accusatory mob in our society today? Ideologies play an important role in how we perceive the marginalized of our time. To a leftist, that victim may be a non-white person. To the conservative-leaning, the victim may be the serviceman who has sacrificed himself for the nation’s freedom. The truth, however, is that it is somewhat both.

The black man in The Purge is an unconscious symbol of the individual in history who is constantly oppressed by tyrannical powers. Likewise, his veteran status symbolizes the individual who is utilized as a pawn in the mass sacrificial machine by the authorities. The filmmakers’ depiction of the black man’s failure to instill mercy into the white father is an attempt to paint a racial narrative to the scapegoating mechanism.

The filmmakers portray the military veteran as a far more successful conviction of the Christ-haunted white patriarch of the family. But the irony here is that, in their attempt at convicting the “privileged” white audience, the filmmakers themselves are convicted of the senselessness of scapegoating. This clinging onto the sacrificial mechanism under a ultra-Christian guise reveals that we need to escape the brokenness of ideological perspectives so that we are able to deconstruct the sacrificial mechanism as a whole.

The West’s failure to unite against scapegoats unanimously is the very reason the day of purging exists both in the movie and in reality. Current events show us what a desperate and reckless search for scapegoats leads to, namely rioting, looting, and the indiscriminate killing of more innocents.

Ultimately, it is not the black man who is the victim, and it is not the military veteran; it is, as revealed at Calvary, all mankind who is the victim of Satan. The Purge attempts to wake us up to that realization in a very narrow and fragmented way, which is why it fails to redeem both its naive protagonists and caricatured antagonists. As for our salvation, it will take more than a purge or a riot to cleanse our souls. 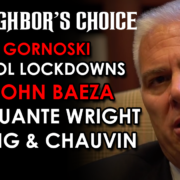 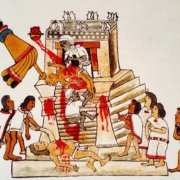 The Priesthood of Trump’s Statist Enemies 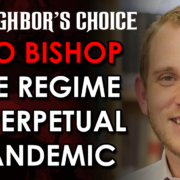 The Regime and Perpetual Pandemic 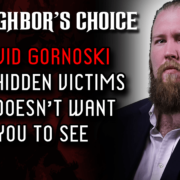 The Hidden Victims DC Doesn’t Want You to See 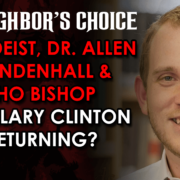 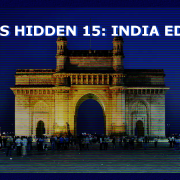 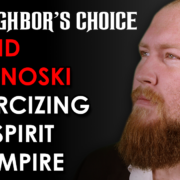 Exorcizing the Spirit of Empire
1 reply