Back in 2018, A Neighbor’s Choice founder and writer David Gornoski sat down with Hawk Newsome, President of Black Lives Matter Greater New York. In light of recent events, we need  to get down and solve some real problems; David and Hawk’s conversation is indicative of just that. Watch the full interview above.

Hawk Newsome is an internationally renown leader on the forefront of the New Civil Rights Movement. A lawyer, devout Christian, and family man, Hawk Newsome is manifesting the future into the present by imitating Christ in his work to end police brutality, racism, and mass incarceration of nonviolent persons, no matter their race or creed.

In this interview, we discuss a movement forward to set captives free by uniting around the principle that if there is no victim named in the police report, there should be no crime law for said behavior. If a person is doing a nonviolent act, there should not be a law that initiates violence against them. This principle provides a path forward across ideology, race, party, creed. Jesus said do not resist evil with violence. We must just say no to voting for politicians that use violence against nonviolent persons. And just say no in the jury booth by voting not guilty for persons convicted for nonviolent behavior. 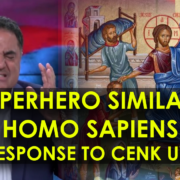 A Superhero Similar to Homo Sapiens

NATO’s Dangerous Game, Why the Left Should Listen to Real Progressives 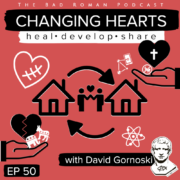 What Diet is Effective for Reducing PUFA? 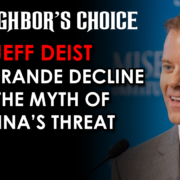 Jeff Deist on the Evergrande Decline and the China ‘Threat’ 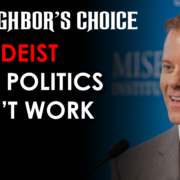 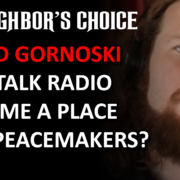 Can Talk Radio Become a Place for Peacemakers? 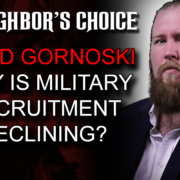 Why Is Military Recruitment Declining?