Jennifer Aniston recently remarked that it’s “irresponsible” to vote for Kanye while proclaiming her vote for Biden based on women’s rights. “How many women’s bodies were destroyed by Barack Obama and Joe Biden in Afghanistan, Libya, and Syria?” David Gornoski asks the actress who claims to be pro-choice. “These people,” David says, referring to the McWoke crowd, “have a disturbing, sterile, mutated, freaky version of compassion.” The same people who say they are for pro-choice are the same people who think sending more women off to war is somehow ‘woke.’ Listen to the full episode for David Gornoski’s brilliant analysis of how the violent pagan gods of old have been born anew in today’s society. 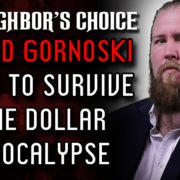 How to Survive the Dollar Apocalypse 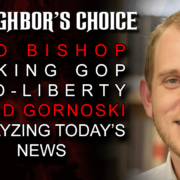 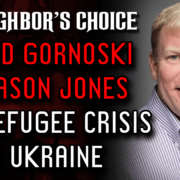