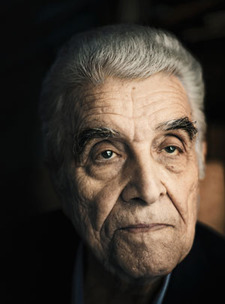 Mimetic theory suggests that humans are magnetically attracted to model-obstacles. We want to imitate being which appears scarce in its attainability. We fashion gods in the image of the kind of power we admire and covet: capricious, “hard to get” lovers who can also turn to disinterest or condemnation on a dime.

Likewise, it is why so many are positively fascinated by government. Whether it’s the common embrace of the state and its monopoly of sacred violence, of doing things against nonviolent persons we ourselves know is evil to do as individuals, or its mirror impulse of sovereign individualism which perpetually resents the state’s power of coercion in a way that makes such exertions of power a kind of ruling force, a demonic idol that preoccupies their minds in an ironic way that exacerbates its power.

The push-pull power games of public government is made manifest in its message to humans: “You own us. But don’t you dare expect us to be merciful If we send our agents to discipline you. You are our masters, but resist our majesty at your own peril. You get to hire and fire us, but don’t you dare take that too seriously. Obey and submit to our laws, but don’t expect us to subjugate our leaders to the same laws. Alter or abolish us if we become injurious to the means of liberty…if you dare. As Ric Flair says, ‘To be the man, you gotta beat the man.'”

The irony of it all is that “The Man” is just us. People. Crowds of human persons that consent and tolerate the way things are. And the state and its actors know that so they seduce us with this push-pull game of desire and repulsion that fascinates every quiet little would-be king and queen. That’s how scapegoat-king-political avatars prevent the crowd from turning on them.

Meanwhile, God died for us. Unconditionally loves us. His love is the absence of scarcity. And so we couldn’t care less. So we fashion mental models about him to worship (imitate) instead that look awfully like our old capricious “hard to get” or “hard to keep up with” gods of our ancestors. And we put our faith in the state. But I repeat myself.